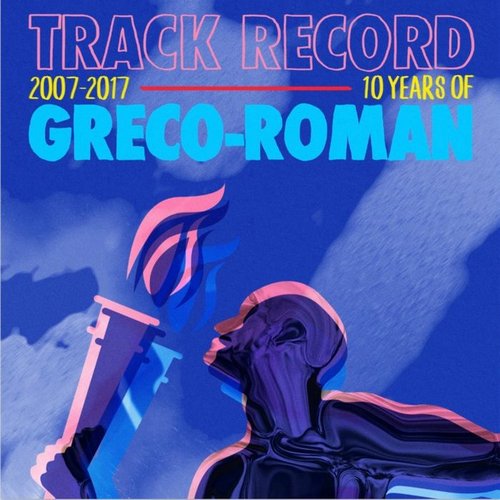 This Summer, the leisurely underground label Greco-Roman hits its stride celebrates 10 years of music with the release of Marathon, Not A Sprint! 10 Years of Greco-Roman. A 14-track compilation, Marathon, Not A Sprint showcases the best of the label from the last decade with singles from Totally Enormous Extinct Dinosaurs, Joe Goddard, Baio, Roosevelt, Disclosure, guest features from LA Priest and Kate Tempest and newcomers to the label Opal People.

Originally taking their name from the Olympic wrestling sport, the Greco-Romans now turn to the mythical marathon runner for inspiration - the perfect symbol of endurance and athletic prowess. Starting out as a speakeasy party collective in London and their second home of Berlin, Greco-Roman was founded in 2007 by Alexander Waldron (Boiler Room, !K7, Island, XL), Joe Goddard (Hot Chip) and Dominic Bastyra.