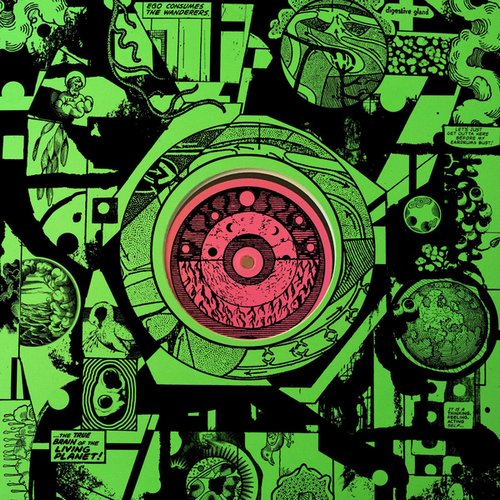 Framed as “occupying the space between alien-revisited exotica, classic jacking house workouts and a BoC 'Chromakey Dreamcoat' kinda vibe” by the Edinburgh label, its a trustworthily deep end trip finding its maker taking his beloved house music to new limits of the style.

A-side; he comes off like Carl Craig taking a trip around Orkney island stone circles with Julian Cope on Descent Into Nasqueron, which is worth it for the outta-nowhere drop alone, whilst Chapel Perilous Closed practically usurps Actress at his own game with a mid-fi swirl of synth-brass and strings in smoky electro-acoustic air driven by a well-cladded kick drum. B-side is just as strong, catching a breezier spring in his step with the gaelic plies and Detroit jazz pivots of Late Feeling Yourself, then giving it those come-tae-beed bucky eyes on A Paddle Around The World, which riffs in the same warm, alien waters as Sun-Ra, Jamal Moss, or Les Gracies.

This is not Avantgarde, what a dumb label. it is a little different that most house/techno EP’s. Quite varied. You got kind jazzy deep house. Kinda berlin school sequences with breaks and some stuff that reminds me of Levon Vincent. Good EP. reply